Dora
Minecraft for iPhone
Advertisement
Description: Explore, Build and survive solo or with friends on mobile devices. The Pocket Edition of Minecraft for iPhone, iPad, and iPod touch has been available on App Store. Minecraft offers you to explore the infinite world of adventures. Use its blocks to raise all the buildings you can imagine.
Explore randomly generated world. Build wonderful things, from a simple house to a lavish castle. Exploit the world in survival mode or Play in creative mode with infinite resources. Make weapons and armour to get rid of harmful creatures.

Gameplay
The gameplay in the game is simple - players get resources to build houses, castles and entire cities. There are no restrictions in Minecraft, except for the height of the level. Otherwise, the players are free to do whatever they want.
The Minecraft Pocket Edition game scenario is generated randomly. The character is in a chaotic land in the middle of the ocean. Surrounded by mountains, valleys, trees and other animals. In survival mode, you'll need to hurry more to achieve the goal as the sun goes down. The monsters appear and try to eat you. Surviving outdoors is impossible. To spend your first night as a refugee. You'll need to dig or build a shelter, upgrade and ensure basic survival. In creative mode, the absence of limits will allow you to give free rein to the wildest ideas. What do you want to build a castle, a ship or a house? The sky is the limit!

Features
• Explore an infinite world.
• Face the different dangers that await you.
• Story mode.
• Build all kinds of buildings.
• Build your world using any of the available elements.
• Enjoy the game with multiplayer modes where you will immediately find who to play with.
• Move with absolute freedom and change the environment to your liking

Graphics
One of the best features of Minecraft for iPhone can be found in the graphic section. No great definition has been sought in the images. But what most identifies it is the pixelation of the images. You could say that its appearance is like video games from the first half of the 90s. But it is not difficult for millions of players to found their favourite entertainment in it. Also, thanks to different mods and skins. It allows a high level of customization by the user.
So now you know, if you want to explore an infinite and fantastic world on foot or by flying and from wherever you want. All you have to do is download Minecraft for iPhone. Its community of players has millions.

Control
Minecraft for iPhone uses a virtual controller that has been tested for years. It has shown itself only from the best side, in the form of two control units. The first block deals with the movement of characters. The review and execution of various actions are assigned to the second block. A player with proper skills does not experience any difficulty. But, such a move is less convenient than using a gamepad or mouse and keyboard.

Conclusion
A great advantage of Minecraft Pocket Edition is that it is universal. Which means you pay once and is compatible with both iPhone and iPad.
There is so much to do and explore in Minecraft. The most difficult decision might be knowing where to start. If you are the lover of sandbox type game I recommend this to you. 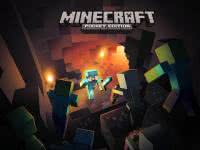 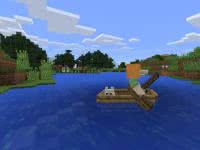 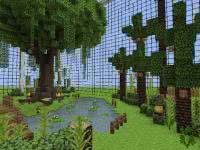 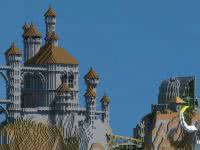 Reviews
I really want this game
By Domimik
I wanna install to minecraft pocked edition but i kent not ಠ_ಠ
By Bey Bey Geys
This game is wan of my favorites
By If You Read This Means That Your Are Gay
I want to buy Minecraft but it to much money and I really want to play it I'm broke (╥﹏╥)
By By Emily
I wish I had minecraft but I dont
By L.O.S.E.E.R
I love Roblox and Minecraft
By By Jerry
No money I cannot buy please Make it free
By Jaedyn-Skyler Amari Whidbey
Is this allowed for ten year old
By Demi
See All Reviews
Advertisement
Hot Games