Dora
Super Mario Run
Advertisement
Description: Super Mario Run is an exciting mobile video game. In this game, you have to escape from a terrible enemy that threatens to destroy you. Grab all the precious gifts to improve your abilities. Super Mario Run is a single-player game with 10 fun levels. Use a single jump and double jump to dodge and escape. When you were unable to escape, you can try to pass the level again.

Gameplay
Super Mario Run is a classic game. The main difference between Super Mario Run and the original game is that here Mario runs automatically. Thus, players can focus on jumping and maneuvering, such as braking, moving left and right, as well as attacking and dodging bad guys. Except for the above difference, the essence of the game remains the same. The plumber must collect coins and defeat his opponents until he reaches the final flag.
Super Mario Run has three game modes. The First mode is the World tour mode. In which you need to move forward and overcome levels to save Princess Peach from Bowser's clutches. The game also has a Toads Rally mode in which you deal with other players. And in the Kingdom Builder mode, you can create your own unique levels. Of course, to play you must have a stable Internet connection.
The World tour mode includes 6 different worlds and 24 levels. But only a few of the first levels are available for free. After a certain place, you need to make an in-game purchase to gain access to new levels. Run and jump non-stop, moving among the hills through caves. Hundreds of palaces, air fortresses and inside castles to save Princess Peach.
In Toad Rally mode, you can play against users from all over the world. Try to surpass other user's points, collect more coins. Perform tricks more stylishly and get more toad approval. And if you are successful enough, then the moves will move to your kingdom. To play in Rally, access tickets are required.
In the Kingdom Builder mode, Collecting toads and gold coins. You can also create your own kingdom by placing buildings and other elements. Get using the toads that you collected in races against friends and other opponents. You will also get the opportunity to place up to 100 different elements

Control
In Super Mario Run, Mario himself runs forward. You only need to touch the screen so that he jumps over obstacles. Dodges persistent enemies and finally gets to the final flag. Desktop controls Use the mouse (right-click to jump and you can double jump). Mobile controls Click on the screen to jump and double jump.

Graphics
The graphics in the game is a huge plus. The drawing is cartoonish, the graphic content of the game has improved significantly. About 24 new levels have been drawn, which have a more complex design and more detailed rendering.

Conclusion
Super Mario Run is a wonderful action game, and the number of fans of the game is growing rapidly. So feel free to download Super Mario Run. 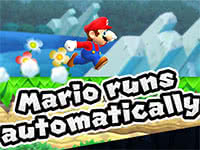 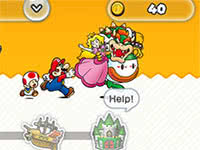 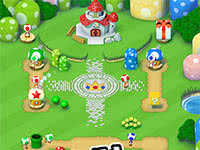 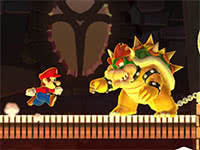