Dora
Grand Theft Auto V (GTA5)
Advertisement
Description: Grand theft auto V is a multi-platform computer game in the genre of action-adventure with the open-world.
GTA 5 is the new game from the award-winning open World Series GTA from Rockstar Games. Back in the city of Los Santos, same as in GTA: San Andreas, and full of adventure, the game establishes itself as one of the best of all time.
Gameplay
The gameplay of GTA V is practically the same as seen on the console versions. You are inside a vast Open World full of missions, small tasks, and things to do.
In Grand Theft Auto V, you are almost able to do anything that comes to mind. You can steal cars, rob shops, kill citizens on the streets of Los Santos, and join private races with vehicles. You can also fly various aircraft in the skies of GTA V, go hunting, and so on.
GTA 5 PC version has a great GTA 5 video editor. You can record gameplay and then edit it immediately. It almost looks like a simple version of Adobe. Use different camera angles, throw a filter over it, excellent music underneath, and that one stunt suddenly seems very cool.
There is also the Director Mode in which you could almost make your film. As you progress through the game, you'll unlock key characters to use in Director Mode.
Visuals
Amazingly, the game has become even more beautiful and detailed. You can play the game on huge resolutions. Even at 4k! And then you also double the frame rate from 30 to 60 fps. GTA 5 PC is the most beautiful with ease!
Furthermore, there is a more considerable draw distance, and the depth-of-field has been improved. This allows you to look much more and see many details at a significant distance. The biggest improvement is the lighting: both natural and artificial light reflects much better and more beautiful on vehicles, and shadows are less blocky.
Controls
The main difference between the console versions is the way you play GTA 5. From controller to mouse and keyboard. As a new player, you don't know the difference, and you better be happy with that. Many things are much easier to control with a controller.
To take an example: flying. Your left hand is on W, A, S, and D for gas, braking, and steering. Your right hand is on your Numpad 8, 4, 5, and 6 to climb, slide and roll. And then you have one hand too little for your mouse to look around. It is not an easy task - During the fighter jet race, most players also committed several 'suicides.'
You can also play with a controller. For the controllers of the Xbox 360, Xbox One, and PlayStation 4, there is Plug and Play. Connect it to your computer, and it works immediately. With other controllers, you may need an external program.
Recommend
Grand Theft Auto V for PC is the ultimate version of the game. The graphics are fantastic with a sound system and surpass all previous versions.
Thanks to the keyboard + mouse combination, the game plays much better on foot. The steering of the vehicles is a bit more complicated, but it is quick and easy to learn.
Add to that the Rockstar Editor, with many crazy and creative ways, to make your movie. And you have an interest that makes it worth purchasing the game again.
With a quality storyline, sharp and fun gameplay, impressive graphics, and different entertainment options, such as weapons, cars, aircraft, and sports, the game is practically unmatched in terms of content and quality—another proof of Rockstar's excellence, owner of yet another instant classic. 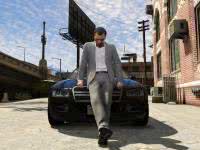 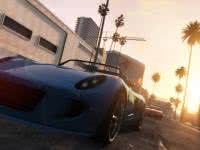 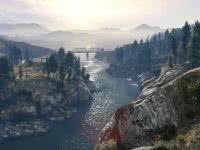 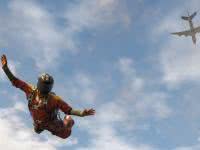 Reviews
I love this and I am ready for GTA6
By Joshua
Nice game I ever play it's possible to control
By Muhammad Abdullahi
I love this game so so much I love racing on cars but I don't like the strip club yuck. But other then that I Love this game!!!!
By Phelim
I love gta it is the best my best thing on there but I need followers on Tifton so please follow me
By Jazmine
AAAHHHH i freaking love this game if you go far your Veichle Will die and... -_- a shark will apear..
By Eddie
gta is so so so fun and I like to be silver
By By Luffy
I LOVE THIS GAME!!!!! IT is the best game ever in all of history the graphics the game everything is just next generation I hope you come out with gta6 because that will be two hundred years ahead of there time I love free play I got all the cars and all the weapons I got everything that you can buy in gta5 even 200 mods or more that I how much I love the game the best character is Michael because he starts out with a sports car and big house so come mess with me if you want to die
By By Kevin Matthew Henderson
I just can’t stop playing GTA5 on my PS4 when it’s the end of school I will go upstairs and just play on GTA5 for 3 hours thank you rockstar games
By By Jack
See All Reviews
Advertisement
Hot Games