Gameplay
The gameplay is divided into two parts - the main plot (nights) and mini-games. Nights are just the main part of the game, the goal of which is to survive. In mini-games, the plot of the entire series is revealed. This is a game where hearing is the player's main weapon.
In this last chapter, you must once again protect yourself from Freddy, Fredbear, Chica, Bonnie and Foxy. And other terrible things that are hidden in the shadows. You are in a strange house. And all you have is a flashlight that will save you from terrific darkness or not.
Initially, you will find yourself in a small room in which there will be only three doors. In order to open them, it is enough to perform simple swipe. Each of the three doors mentioned above can be closed. But, unfortunately, only for a certain time. In this case, you need to stand near it and hold the corresponding button.
Also among the modest arsenal of the little boy will be a flashlight. This is not enough when compared with cameras and batteries that everyone is so used to.
In this regard, you will have to focus on completely different indicators in order to survive. Move carefully from door to door, illuminating your path with a small flashlight.
If possible, close the door so that no monster has the opportunity to get into your room. The Nightmare will be heard only at the moment when they will approach the doors. If you see that the light is blinking. It means that additional toys appeared on the boy's bed.

Features
• Interesting monsters.
• dark and scare atmosphere;
• Well-twisted plot, watching it is a pleasure;
• Really horrible moments, there are a lot of terrible places;

Graphics
Compared to its previous parts, Five Nights at Freddy's 4 received a good graphic improvement. The creatures are better detailed. Its mark of rust and dress has been replaced by a darker and more hideous identity. With sharp teeth and claws, combined with large, black eye sockets with small dilated pupils, which increase terror. The environment and the dolls are less lit. And it raises the anxiety and hesitation of the player. You will think twice before turning on the flashlight in the dark.

Conclusion
Five Nights at Freddy's 4 improve in many ways compared to previous games. With the change of setting, the game could come with significant improvements to make it at least more interesting. The low price and less size are the attraction. The game is very interesting compared to its predecessors.
It is a good option if you like real scares in video games. But a bad choice if you expect a game with deep development and an impressive technical aspect. 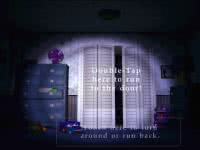 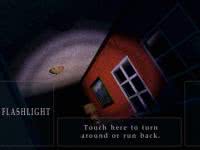 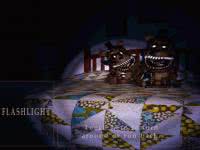 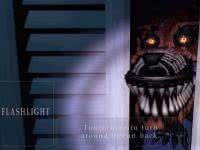 Reviews
Is this game really exiting and scary
By Morgen
My Friend Emma loves this game and I thought on Tuesday that I should play Finaf and it was a great game and I just love it
By Mia
I love fnaf it is amazing!!!
By Nicole
I know everything about fnaf because i’ve been playing for naff for about a week until I was like two years old and so I know everything about wanting to do 4678 910 all of the FNAF
By Ester Reyes
This is my favorite game
By Crystal
I love FNAF I always watch it on YouTube
By Thomas
Fnaf 4 is the best game in the series. (fite me)
By Toxin
I know everything about the games 1,2,3,4,5,6 but it’s for money
By Julie
See All Reviews
Advertisement
Hot Games