Dora
Minecraft for PC
Advertisement
Description: Minecraft for PC is a multiplayer sandbox game with survival elements and an open world. By style, the game world consists of blocks (terrain, objects, mobs, player), and low-resolution textures. One of the main features of the game is a huge open world. A huge variety of mods for the game allows you to do almost anything in the game. Low system requirements allow everyone to play this game. As well as allows you to create a server without any problem.

Gameplay
The gameplay offers complete freedom of action and options. When creating a new game, you can choose the size of the map, landscape type and general biomes. Minecraft combines the elements of creating objects, survival and exploration of the world. The game allows the player to craft any structures, get resources and minerals.
Weapons are created on a workbench using various resources. The main types of weapons are swords and bows. But the player can fight with axes, shovels, rakes and even any improvised blocks.
For survival, the player needs to get food. Attacking various animals, the character can get meat, skins and other ingredients for crafting. At night, the gamer can face hostile creatures. You can defeat them hand-to-hand, or with the help of weapons. The stronger and higher class weapons, the fewer blows or shots you need to inflict on the enemy. Diamond or obsidian swords provide the most damage to enemies.
In Creative mode, the player gets an unlimited number of blocks. It does not have a health scale and equipment, as well as the ability to craft. This mode is made for those players who do not want to bother with the extraction of materials.
In Survival mode, the player has a health scale and inventory, crafting is possible. But to get a block, it must first be broken. And most importantly, in the dark, aggressive monsters appear. And the first-time sweet game turns into a real horror. You can't pass it on, you need to experience it yourself.

Graphics
Yes, the graphics in the game are not great. Many are unhappy with the graphics. But still, those who played Minecraft know that the graphics in the game are not the main thing. And most importantly, these are huge opportunities that open up to the player and modders. It is very interesting to build architectural masterpieces with friends. Just the one who did not play, he will not understand this. In general, there are quite a few graphic packs that improve graphics.

Conclusion
The gameplay in the game is simple - players get resources to build houses, castles and entire cities. There are virtually no restrictions in Minecraft, except for the height of the level. Otherwise, the players are free to do whatever they want. If you are a fan of sandbox type video games. Minecraft for PC is the 1st priority to play. 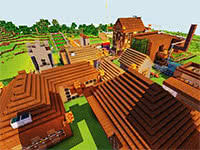 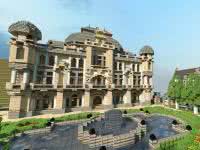 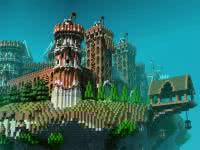 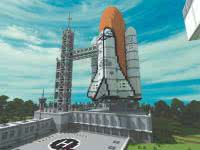 Reviews
I think Minecraft is a very good game for children
By Ultra Pro 342
i cant find the game . as soon as i get on it its say bad wifi
By Michigan
I play minecraft on m XBOX 1 and PS4. Hoping to get it on laptop one day.
By Monokuma
I play minecraft on my Xbox 360 and when I get a Nintendo switch I will buy it again
By Ishyn
I heav minecaft on the nitedoe switch to
By Tag
I play Minecraft on the ps3. It is really terrorising sometimes but it's half is great!#MINECRAFT
By ItzLiliaPlayz
I love playing Minecraft but my brother thought it out my window and it got ran over by a car.
By By Emily
i play this game on the ps4 and it is perfect
By Mizoli
See All Reviews
Advertisement
Hot Games