Dora
Secret Neighbor
Advertisement
Description: Secret Neighbor is a horror game that has as its main scary character a very weird neighbour. The game tells the story of friends who need to enter the basement of the most terrifying neighbour of all. And the worst thing is that among the children, the neighbour may be there in disguise.

Gameplay
The gameplay of the game is quite simple and clear for everyone who played in this genre. For those who first get familiar with such projects, I will tell you everything in detail. You have a location - a house and its surroundings. You also have two teams - in one there are six children, in the second - one neighbour. The task of the children is to save his friend, who is closed in the basement of the house. But for this, you need to first find the keys to open the locks on the door to the basement. Keys are scattered throughout the house in different boxes, and other hiding places. You need to search the house to find the keys. Even if there is only one lock left, the door will not open. The neighbour's task is to catch such a lousy and throw them away. Preventing the characters from reaching the treasured keys. This is extremely exciting. There is a certain balance that allows you to have fun playing for both children and a neighbour. They give you fifteen minutes in a round.

Graphics
I really liked the virtual world of Secret Neighbor. The developers really spent a lot of time and effort in showing us the cool product. Here, literally in every location, there is a darkness of details, rooms, doors, drawers, and books, all sorts of shelves and drawers that complement the atmosphere. Also, excellent work was done on lighting - lights, lamps, darkened locations, and everything like that also works great for gameplay. You even have a flashlight, which not only helps in the search. But also is a conditional means of protection from a neighbour. The development of locations at such a high level cannot but rejoice. Especially if you are a big fan of such graphics and want to enjoy the setting of the cartoon. Yes, graphics are not suitable for everyone, because they are more likely to be children's. But the atmosphere creates incredibly attractive thanks to it.

Conclusion
The developers pleased with a cool product. The game seems to be simple, clear and easy to understand. But it just brings the darkness of emotions. This is especially beneficial if you play in the company of friends, and the neighbour is an experienced player. Then running and deceiving the insidious enemy in every way is very fun and exciting. Plus rounds of only fifteen minutes allow you to quickly play. Get some fun and go about your own business. It is very nice that there are such games. If only certain details could be corrected and the game can be called ideal. 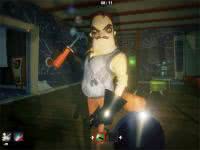 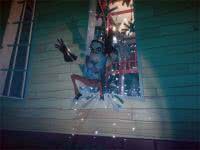 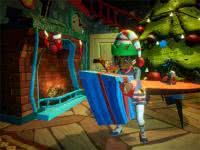 Reviews
I want this game i love it so so much
By Ally
I love Hello neighbor
By Richard Wilson
I want this game for my birthday my birthday is may 1 i hope i get secret neighbor pease!!!!!
By Gotti
I’m goin on the weekend with my game on my birthday week
By Butterlfy
It is such a fun game, not knowing who is the neighbor while you run around the neighbors house. YOU CAN'T TRUST anyone in this game!
By Arianna Grande ❤️
Hello neighbor
By Jason
I will play this game With my Friends about Secret Neighbor
By Sandris
I think this game would be fun
By Aiden
See All Reviews
Advertisement
Hot Games