Dora
Baldi's Basics in Education and Learning for Android
Advertisement
Description: Baldi's basics in education and learning are not what it sounds like. It is a game where you as a player have to run out of the school before coming to the Baldi. You can't get out of school until you collect all notebook. As soon as you reach your goal, the Baldi speed up.
As I told you, it is not what it sounds like its name. It is a story game with a very simple and straightforward story but very challenging.
The game developers are 'Games Basically' and first published in 2018. The game is tiny, and you can enjoy it on any device, even on ancient mobile devices.
Gameplay
The game story is straightforward. You need to get out of school. Before this, you need a notebook. But as soon as you get journals, Baldi to speed up to catch you. Baldi is a character that you should avoid. Because if Baldi found you, the game is over. Other roles within the school are teachers and ladies, and others. This character will also try to catch you when you try to skip school. In these notebooks, that you collect are some problems. You need to solve them. But if you don't baldi speed increasing and he will catch you. But, if you solve these problems, it will slow down Baldi. And you get more time to collect a notebook and get out of school.
The trick to play this game is to use a baldi friend and get information from him about Baldi. Baldi has a friend; you need to make him your friend and user him for your purpose.
Graphics
The game developer does not pay much attention to game graphics. According to the developer of this game, you have to focus on the game story.
The graphics are straightforward. The character that the present player looks like designed by hand with a pencil. Other stuff like tables, blackboard, walls, and door like stuff is straightforward. Within the game, you have a device on which you solve your notebook problems. And it looks like a child toy phone, only some buttons to enter and remove digits. A display screen where your question displayed. One answer screen where you enter your answer.
Controls
Control of Baldi's basics is effortless. On your display screen, you have a joystick to mover your player all around. On the other side, you have four other control buttons. First button with a leg icon. With this button, you can run. One button is to act upon different objects. One button is to use things that you have. With these easy button control, you can use mover and play with your player.
Conclusion
In the end, as final words, this game is very challenging and adventurous. With its simple graphics and name, one may bethink that it is a boring game. But it is not the case. You should try it and let us know in the comment section about your review of this game.

This is for Android / iOS 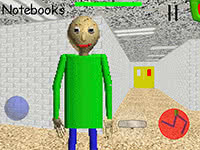 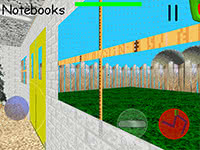 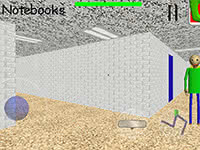 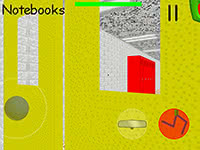 Reviews
never played but I think it's scary at first but he smacks you with aruler if you get a question wrong
By By Maisie
It’s nice this Game helps in Math
By Alex
I wish they added this on Amazon
By Leah Ashe
Wow! 5 stars
By Lisa
It’s a great game and fun to play with friends to help with math I give 5stars
By Orianna
This changed my mind! Rating 5 Stars!
By TarquinPlayz376
Great game to play. Math is fun and helps me thanks for making this game for Android.!!!!!☺☺☺☺☺☺
By Mrs Girl
Game is very funny.math is nice.love it 5 stars
By Shiitake UvU
See All Reviews
Advertisement
Hot Games