Dora
Sonic Dash
Advertisement
Description: Sonic Dash is a video game in the genre of an endless runner. It was created by Hardlight and Distributed by Sega for Windows, IOS and Android. In this game, you will have to avoid obstacles, get points and defeat the enemies.

Gameplay
The gameplay is absolutely the same as that of all runners. Your main mission is to collect the rings. Along the way, you will also face various obstacles such as gaps. Enemies that stop you and many dangerous objects like the big nails of the sonic game.
Various typical elements of Sonic the Hedgehog can also be found here. Like the thrower that you usually find in Sega games first. The coins that you collect will later fill a bar in the lower right of the screen. When the bar is full, you can tap on the bar. And soon Sonic will fly regardless of what object is in front for a certain period of time.
In Sonic Dash, there are only 2 types of power-ups the head start and revive tokens. There are upgrades (dash boost, head start, X2 Multiplier and magnet) in the sonic dash.
Various side missions are also provided such as killing 10 crabmeats by rolling. Collect 10 power-ups, Defeat 3 choppers. Also collecting 10 thousand points in one go. Every time you successfully carry out this mission, you will get gems and XP that is used to level up. The more level up the greater the multiplayer you have. There is also Red Star Ring which is the second currency in this game. It can be used to buy characters and skip missions. You can get Amy, Tails or Knuckles. You will enjoy it for a long time since all three costs about fifty coins. And you only get one coin per assignment. You also use red coins to give yourself another chance when you die. There are also gold coins in the level, with which you can unlock upgrades.

Graphics
Sonic Dash is a fun game that has a nice and pleasant feel with cheerful sounds and colourful graphics. Green hill zone looks nice and sharp on your mobile screen. And the presentation is generally smooth.

Control
In Sonic Dash, Sonic runs automatically. You only need to swipe left, right, up or down to defeat enemies, overcome obstacles or grab rings. Fortunately, this all works responsively enough to overcome closely spaced obstacles. You can also interrupt the long jump by swiping down. After which you perform a kind of rolling dive attack. This way you can easily manage badly timed jumps if you risk jumping against a wall. With that role and diving attacks, you can also defeat enemies to gain extra points. If you defeat a row of enemies in one long roll, you will get even more points.

Conclusion
Very beautiful graphics, great sounds and fast gameplay are the features that present in Sonic Dash. Sonic Dash is an excellent game, But, Sega “ignore” some basic elements. Such as the high price of some items and the high difficulty that can alienate many players. If you are highly passionate about endless runner game. This is the perfect game for you. 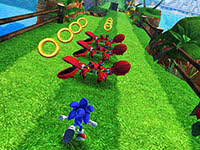 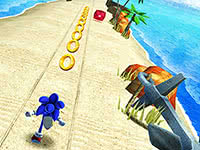 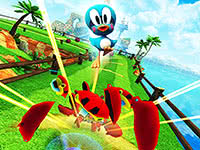 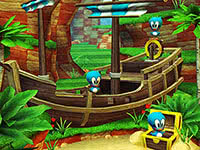 Reviews
the game was amazing i love when im playing it
By Oha Chibueze Isaac
The only thing I can say is it is cool
By Hudson
I hate it so much
By Simon This Game Suks
Gameplay is pretty good, there are also very cool skins.
By BigSea
I like this game because of it's music and graphics. It is very fun to play and you can get many rewards.
By Alosi
Play with my lovely kidos and we enjoy it. Trying to unlock the characters and levels. It's a great game.
By Alger
The only thing I would ask for is to make the coins appear more often.
By MoreM
l like to play sonic the hedgehog.
By Preston.
See All Reviews
Advertisement
Hot Games