Dora
Grand Theft Auto - San Andreas (GTA)
Advertisement
Description: Grand Theft Auto San Andreas is a multiplayer action game and fifth in the GTA series. Tells the story of 1992, when crime began in the big cities of California. The story tells about the fate of Carl "CJ" Johnson, who is involved in major criminal trials.
Rockstar Games developed this game, who created all the games in the Grand Theft Auto series. In the US and the rest of the world, the game was published by Rockstar Games, in Japan - Capcom.
The port on Windows and Xbox was released on June 7, 2005, in the United States. And on June 10 in Britain, Europe and Australia. On December 12 and 19, 2013, the game moved to iOS and Android mobile platforms. And on December 5, 2015, to PlayStation 4.

Gameplay
Gameplay, as in previous parts of the series combines a third-person shooter and a car simulator in a huge open world. To ride in the game there are many types of vehicles, from cars and motorcycles to tanks and jet packs. Unlike past games of Grand Theft Auto, he can crawl on the building and swim if he is outside the vehicle. The player will be able to discover new territories and explore an even larger area of the map. In Grand Theft Auto: San Andreas, the player will be able to get a job as a taxi driver or courier. Or make money on robberies and casino games.
The appearance of Carl Johnson can be customized to your taste. You can choose clothes, accessories, tattoos and a hairstyle for your hero. Also, you need to track the health of "CJ": eat and go to the gym. Moreover, if you eat too much food, then the character runs the risk of making obesity. It will reduce the speed of movement, health, and even make the hero look fatter.
GTA San Andreas provides the opportunity to shoot not only with two hands but also while driving. Setting custom labels on the map and planning a route greatly simplified the study of the world.
There are many great missions sharpen your pursuit skills. You can bump into everything, beaten people, mess with the police. You can run away from police and then quietly get out of the way.

Graphics
In San Andreas, the graphics are Moderate and the design is still sustained. The world is filled with all kinds of objects that are really present in real everyday city life. There are many attractive posters, banners and similar trash. Also, for each region of the city, this game has its own design option. It gives a feeling of actual movement from district to region and is much better felt in motion. All the game lacks is a good technical upgrade, primarily for graphics. The positive side of the relatively poor graphics of the game is that loading speed is very fast. When moving from region to region or when moving to/from a building on the loading screen. You do not have to wait more than a second.

Control
The control of the game is very simple. Grand Theft Auto San Andreas allows you to control using the keyboard and mouse. So shooting is much easier and more accurate. Just sit down, aim at the head of the enemy and destroy the enemy regiments. Probably not in one game there were not so many headshots.
Surprisingly, driving with the keyboard is not so bad. It's hard to say whether the control sensitivity has decreased since Vice City or not. But driving here is very simple. This is not as convenient as when using the joystick. But quite convenient due to the deep arcade nature of the game. Driving and racing are traditionally good.

Verdict
The gameplay provides unique gaming experiences. Visually, it looks a little better, but not too much. The game runs smoothly when moving between areas and loads faster. Some missions are very original, but most of them are very similar to the missions in previous games. The plot and script are well designed and included in the game. But artificial intelligence (AI) remains at the same level. Which means the same old battle mechanics. The game reflected several new great ideas such as gangster wars over territory. GTA: San Andreas can be recommended as a worthy game for thousands of reasons. 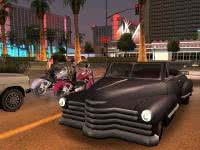 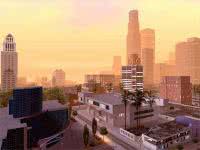 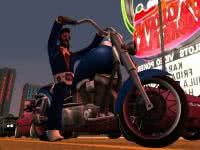 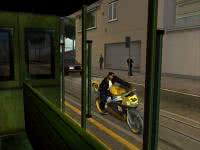