Dora
Five Nights at Freddy's (FNAF)
Advertisement
Description: Five Nights at Freddy's is a Point & Click horror game created by independent developer Scott Cawthon. It is a pretty much scary mobile and PC game. In this unique game, the role of a nightguard awaits you at Freddy Fazbear's Pizza shop. You have to survive for five days to get the promised salary. But it will not be as easy to survive as it seems. Animal robots that entertain children in the pizzeria during the day turn into heartless killers at night.
Gameplay
The main character of the game "Freddy", an ordinary guy who decided to earn some money. The work of the night guard at the Freddy Fazbear's Pizza pizzeria seemed to him very simple. So the game takes place within the room with monitoring cameras. The task of the player, as a security guard, is to watch the area to prevent anyone from entering them. In this challenging task, he will be helped by the previous night guard who left his notes on the audio recording.
The more time the hero of "Five Nights at Freddy's" spends on his new job. The more oddities he learns about "Freddy's Pizzeria." First of all, it is famous for the presence of robot dolls. Mobile robots are designed to entertain children, however, in connection with some incidents. Robots are not allowed to walk around the institution on their own. So, to maintain the mobility of their limbs. They sometimes turn on at night and walk in the darkness of the pizzeria.
Graphics
The Game suffers from the lack of a powerful engine to place more realistic graphics. But, the Game fulfills this need by offering a great challenge and delivering its proposal. To be a horror game that has the potential for success.
The developer Scott Cawthon chose to use the Clickteam Fusion 2.5 engine. An engine is already known and favored by several Indies developers. And although it allowed a quick and easy creation of the Game. It has problems that can be found in the Game. The first is the lack of animation of the characters.
While looking through the camera, the only thing that moves is the camera itself. From side to side shows the scene. The characters are always in static positions. Even when they change places, which justifies the lack of animations in this part, after all, nobody wants to see a doll moving around alone. At Game Over, there are animations of the puppets appearing on the screen. But there are very few exceptions.
Controls
Five Nights at Freedy's becomes a game with very few commands. Where the player will reserve himself to use only the mouse to interact with the Game. With the movement of the cursor, he will move the character's view to the right and left. With the left button, he will switch between the cameras, activate the lights and the security doors.
Conclusion
Five Nights at Freedy's is capable of causing scares and chills in the players. Even with weak graphics and average sound. As well as games of the same genre, the Game has everything to be a viral one. Where a friend will present to the other and will have fun with the scares and stresses caused by the games, however, the player must also be aware that the Game does not offer much more than his primary campaign. Where Achievements, Collectible Cards, or any other way to keep him in the Game is non-existent. 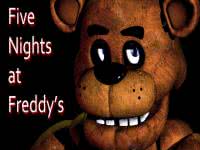 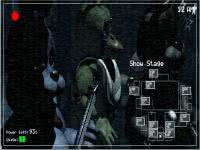 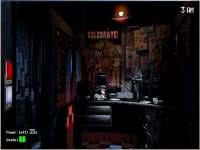 Reviews
It seems fun,and it is,but i have to pay
By Kenma
I want it but i have to pay
By Kieran
I wish I could play this game
By Z
My mother has this game on her iPhone but I’m with my grandma and meh lil sis idk if she deleted it or not oh and my fav fnaf game is SL AKA Sister location
By Julie
It cost money and I have always wanted to play the game my dreams will never come true
By Fnaf Boi
I love this game I have a lunch box of that my brother loves this game
By Damon
I love this game but you got to pay money and I hate that you have to
By Caitlyn
I love this game but it's for money
By Kaw
See All Reviews
Advertisement
Hot Games