Dora
Subway Surfers for Android
Advertisement
Description: Subway Surfers is a mobile video game in the genre of an endless runner. In this game, you will have to run away from a police officer and his dog within the train tracks.
To avoid the policeman, you will have to run in the middle of the running trains jump and slide while dodging the many obstacles in your way.
During your races, you will find many coins to pick up and which will allow you to buy upgrades for your hero. Sharpen your reflexes because your hero runs fast and makes the obstacles hard to avoid. You can also buy power-ups and new heroes to play, for example, Lucy, Tricky, Spike, or Yutani.
Gameplay
Subway Surfers' gameplay is so simple; you avoid obstacles by jumping and dodging. The character runs in a straight line on a road composed of 3 lanes. You can move the runner from one lane to another but also jump or slide. These three types of action then allow you to avoid the many obstacles that will occupy one or even several routes. Jump over the trash, slide under the signs, dodge the trains ... and go as far as you can.
If you cannot jump over a train, a springboard will allow you to access the roof and thus progress from train to train. To go even further, a jet pack will send you well over the road to travel several meters out of danger. Finally, you have a skateboard on which you can climb by tapping twice on your screen. This will protect you from a hit before breaking.
Graphics
The graphic qualities of Subway Surfer are evident from the first minutes of play. Subway Surfer has a beautiful and very colorful cartoon universe. The game maintains an excellent balance between visual appeal and performance.
No need for the latest smartphone for the game to work without slowdowns. Even if very old mobiles may have some difficulty supporting it. The bright colors of the different game elements and the smooth design. It allows the player to identify the bonuses quickly but also the obstacles—the significant advantage for Subway Surfer, which will give you a speed of analysis and sharp reflexes.
Controls
Getting started with Subway Surfers is very quick. Since the game concept is simple and intuitive controls. The character runs yourself, and you have to slide your finger on the screen to guide it. Going to the left, going to the right, jumping, and stooping are the only possible movements.
Obstacles pass at full speed, and you will have to keep calm to avoid them. Many bonuses on your way will give you a little break. Like the jetpack, which will make you fly over the road for a few seconds. The Super Sneakers which will allow you to jump over higher obstacles.
Conclusion
This is an entertaining and quality game that will please all lovers of quality arcade games. In my opinion, Subway Surfer is an attractive and perfect game to pass the time. 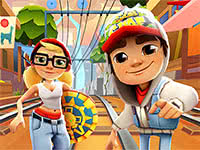 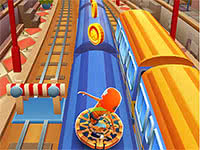 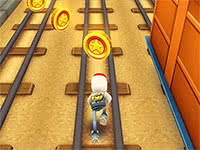 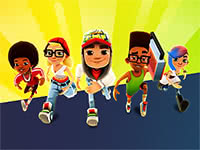