Dora
Green Lantern: Rise of the Manhunters - Xbox 360
Advertisement
Description: They were supposed to uphold peace and deliver justice. They were supposed to protect their creators, the Guardians of the Universe, by acting as the first interstellar police force. Instead, the Manhunters focused on doling out punishment and the Guardians had to disband the android unit. Since the exile of the Manhunters, the Guardians have assembled a new police force, the Green Lantern Corps, and equipped each officer with a specially crafted power ring. Faced with the threat of war from the Manhunters, it'll be up to you and the other Green Lanterns to defend the universe, protect peace and preserve justice in the biggest fight of your life.
In Green Lantern: Rise of the Manhunters, take on the role of Hal Jordan, a talented but cocky test pilot. Featuring the likeness and voice of Ryan Reynolds, Jordan is the newest recruit for the Green Lanterns Corps. Use your Green Lantern Power Ring to create hard-light constructs that you can use individually or linked together. From gatling guns to giant fists, this ring will be your greatest weapon. Team up with a friend to play as Hal Jordan and Sinestro and drop in or out at will for complete gameplay freedom. Soar across the universe to fight in intergalactic battles as you try to stop the Rise of the Manhunters. 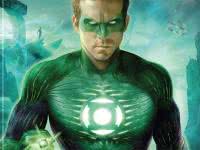 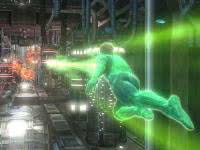 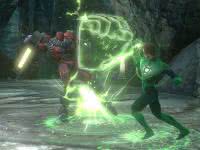 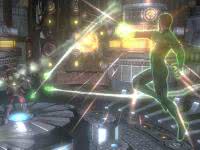