Dora
Pokémon GO for iOS
Advertisement
Description: Pokémon Go is an iOS and iPad based free game. This is the best Pokémon collector game. More than 1 billion people download and install this application. In the Game Developers Choice Awards, this is named as “Best Mobile Game”. TechCrunch has also named it as the “Best App of the year”.
This application is free to download from the Apple App Store. This is available only for the iOS platform.
Now we look at the technical details of the Pokémon Go – Pokémon discovery and Battle game.
This application is a free one. You can easily make it available from the apple Playstore. This application needs 363.8 MB of space on your device's storage. This application needs iOS 9.0 or advanced. Its current version is 1.143.0. Its compatibility details are given on the website of Pokémon Go. This is rated for 9+. This is offered by Niantic, Inc. After it makes available to the general public, more than 1 billion people download this application. This big number shows its popularity among people.
Now we will look at the Gameplay, visual, controls of this game one by one. We will see what is the reason behind its too much fame.

Gameplay
Pokémon GO is an excellent multiple award-winning application. First of all, download and install! Then start the application. After certain questions, the game will be started. An attractive screen will be open for you to play it!
When you start, then options will be given to modify your Character in aspects of the color, clothes color, eyes color, hairstyle and color, bag, and shoes. Make the combination that you like the most. Now Play it!
Pokémon Go is about the exploration and discovery of Pokémon. Catch Pokémon and add in your Pokedex and complete Pokedex. Make a journey with your favorite Pokémon to earn rewards.
Make a team with Trainers online who are finding Pokémon. Catch the more strong and powerful Pokémon during battles. Compete in the epic battles and win these battles.

Controls
The role of controls is much worthy. To move the character on the screen you just have to use the touch of the screen. Screen Touch is influent. Click on the screen to collect the Pokémon available in your area.

Final Verdict
Pokémon Go is a tremendous work by the Niantic, Inc. The best thing about this is that it is a free one. This is about to discover the Pokémon and added in the Pokedex. Fight in the battle for the Gyms. The user interface, visuals, music, and loading speed are all developed skillfully. Let's play to enjoy it! 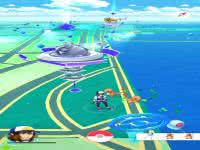 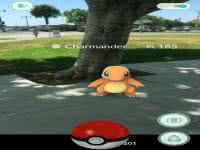 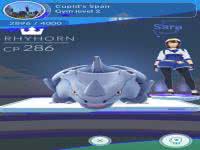 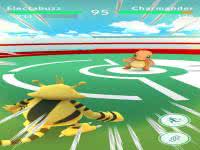 Reviews
Pokemon is the best but it's not free for people that don't have internet I have internet but I don't have an accounts on my tablet too bad you don't have it without internet
By Susan
Can I Play it for free pleasssssssssse
By Lisa
Can I please play it for free please.
By Destin
My dad used to play this game
By Kim
Pokémon oh yeah oh yeah I got 215 Pokémon cards and they are all good except a few of my Pokémon cards
By Mac
The best motivator I have found to get off the couch and leave home and walk on my town.
By Elis P.
If you live in the city it’s great. Suburbs and especially rural don’t even waste your time. They don’t care about us living in rural areas
By William Synnott
I have Pokémon cards.
By Cory
See All Reviews
Advertisement
Hot Games