Dora
Five Nights at Freddy's 2 (FNAF2)
Advertisement
Description: In the category of thrilling and horror game, Five Nights at Freddy's 2 is at the top. This game is at number 3 in adventure and strategy games. This thrilling game is for the people having age more than 12 years due to its thrilling and horror scenes. Millions of people install this game. This is the best time pass game. This is the best source of entertainment for game lovers.
This game is not free. Its price is US dollar 2.99. To enjoy this game, you have to buy it. You can buy this from the Amazon store. This game is designed by Scott Cawthon. The developer release its original version on 13th November 2014 and released its updated version on 15th November 2014. Although this game is paid, instead of this many people install this game. This is just due to its thrilling activities and beautiful visuals.
Before discussing Gameplay, first, we discuss the Technical details of Five Nights at Freddy's 2 – a thrilling game.
This game is developed by Scott Cawthon and released its updated version on 15th November 2014. This game needs 39.5 MB of space in your device's storage. Its current version is 1.07. Required android is 2.3. Its downloading time is very less and it takes approximately 5 minutes to download.
Now we discuss the Gameplay, Visuals, and controls. And we'll see how this game is prominent in the category of thrilling games.

Gameplay
First of all, Buy and installs this game. Now, Launch it! Now the main screen of the game is in front of you. Click on the start button to start the game.
The scenario of the game is very simple and straightforward. You have to stay at Freddy for five nights. Your task is to monitor different rooms in the cameras by sitting in the control room. The previous security guard has complained about some scary characters. He complained that some frightening characters come into the workplace. Due to his complaint, he was shifted from night to day shift.
There will be a partner (Freddy Fazbear head) with you for your easiness. Its task will be to help you in making animatronic characters to leave you alone if they enter into the workplace.

Visuals
Now we will talk about the visuals. This is a 3D video game. Visuals are very interesting and charming. Background scenes, characters, and music all are developed wonderfully. The loading time of gaming resources and loading time of this game is very fast. In short, this game is the best in every aspect.

Controls
Controls of Five Nights at Freddy's 2 are very simple, straightforward, and easy. You just have to monitor different rooms into the camera by clicking on the camera.

Final Verdict
Five Nights at Freddy's 2 is a frightening video game. I have enjoyed it while playing. Its loading speed is very fast. Its characters, background scenes, and music all are developed very skillfully. Buy and play to enjoy this horror game! 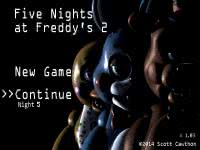 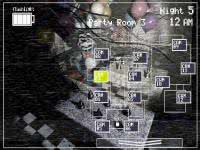 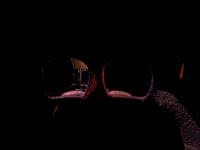 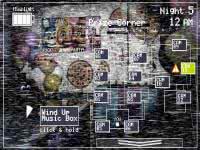 Reviews
This game are really good experience and you should might try to play this games
By Friend
I Play Five nights at Freddy 2
By Amari
This games is the best i would sacrifice my fravite item
By Emmanuel
One of the best games in the history of the world the withereds chica and bonnie are...creepy foxy and freddy are not to withered to me.
By Mader
This game is so much fun!
By Victoria
This game is number one on my list thank you scot
By Hailey
I really want this game thank scot
By Rose
I love the game and the character
By Skye
See All Reviews
Advertisement
Hot Games