Dora
Kick the Buddy
Advertisement
Description: Kick the buddy is free to play game available for both android and iOS. You can download it from the App Store or Play Store and enjoy the 3-day trial. After that game will offer you subscriptions with in-app purchases from 1 Euro to 84 Euro.
Game is published in 2018 and become very popular among children and young persons. The publishing company claimed that it is the best game for stress relief. Everyone has their own opinion about game content that his/her child can watch. But some people don't like to allow stab and kicking, even a cartoon to her children.
Gameplay
In this game, you, as a player, have to stop the abuse of a character that looks like a puppet. This abusive behavior continues until the creature explodes or dies. And the player should prevent this abuse and keep the game until the doll is alive when this puppet explodes or dies game over.
While you are in the trial version, you can choose any weapons or power. But when trial version over, you need gold and diamond to buy new weapons and other stuff. The game offers you subscriptions. With this subscription, you get rid of ads, get blood on effects, and a pocketful of gold and diamond.
What is blood on? This is an effect that unlocks the realistic blood effect when the player attack on buddy. By default, this is locked, and you need to pay if you want to enjoy this effect.
Graphics
Graphics of this game is delightful and lightweight in term of graphic processing if you have an android device which runs Android version 5 or later than you can enjoy this game on your device.
One of the cool features in the game is that you can put your or your friend or family member's image on this puppet face. It gives you the feeling that this puppet is your family person or friend.
Game work on realistic physics rules. This means you can enjoy moving objects and other stuff that looks real.
Different kinds of animals and elements like robots are added in the game. You can change the look of your buddy either by wearing different clothes and wearing stuff.
Controls
Game control is pretty simple. You have explosives and other kinds of weapons in your finger's power. You have to kick and stab the buddy until it explodes or dies. You can apply different techniques to kill them fast. Like you can change the environment and weather. You can use biological weapons on the buddy. This is all done by simple control. In the left top corner, there is a red badge sign. By clicking on it, you can choose any weapons from the market, change your buddy clothes, and wearing. Everything is done from this single badge without any hassle.
Conclusion
The game is pretty nice and stresses releasing. In my opinion, you should try it. But as parent concerns it, some parents don't like that their little kids see, stab and kick even a buddy. So every person has their own opinion. 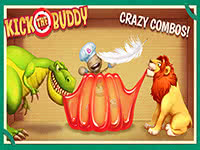 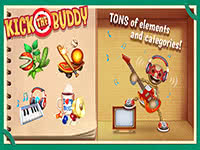 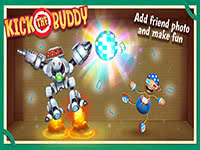 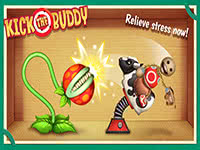