Dora
Hello Neighbor: Hide and Seek
Advertisement
Description: Hello Neighbor Hide and Seek is a stealth horror developed by Dynamic Pixels. The tinyBuild publish this wonderful game. It was developed for Windows, Play Station 4, Xbox One, Nintendo Switch and iOS. The international release took place on December 7, 2018. The game was developed as a direct prequel to the popular bestseller Hello Neighbor. The story focuses on the events that took place in the Neighbor's family. Players have a long way to go and the difficult task of revealing the secret of the loss of his relative.

Game development
The game is created by developers from Dynamic Pixels. The game is a sequel of a previous studio project. The developers intended to show the plot ups and downs and what happened in the Neighbor's family. August 31, 2018 - the game was announced; December 6, 2018 - a trailer has appeared, which precedes the launch of the game. The game was released on December 7, 2018 on Windows, Play Station 4, Xbox One, Nintendo Switch and iOS.

The plot
Prequel takes players to the past, to the events of the original game. Players have to figure out what lies behind the secret of the disappearance of a family member. And find out what happened to the Neighbor.

Gameplay
The gameplay from the third person is based on the stealth component and the study of the world around. Players have to follow the storyline to find out the terrible events that took place the day before.
This time you have to take on the role of the daughter of that very dangerous and complete cunning neighbor. It is not so simple to cope with. You went through many trials and face a lot of difficulties to reveal all the secrets. This time you too will fall into this kind of situation, only now it will be even more difficult for you. You play the role of a boy who lives in a rather large house with his parents.
First, you need to collect all your toys around the house to put things in order there. But you don't even suspect that you are waiting for such a difficult task. You can find everything you need when you imagine yourself in a fantasy world. Get down to business and try not to miss a single opportunity. That allows you to achieve the desired result.

Platform
The project was launched in versions for Xbox One, PlayStation 4, iOS, Nintendo Switch and PC. In the latter case, I am talking about the new digital store Epic Games Store, where the game can be purchased for 12.99$. In the case of iOS, iPhone 6s, iPad 2017, iPad Air 2 and iPad Mini and newer devices are supported.
About the release time of Hello Neighbor: Hide and Seek on Android, nothing is announced. But this is not excluded, given the appearance of the original on the Google mobile platform.

Conclusion
If you are the lover of horror games then I recommend this game to you. The game received positive reviews from the press and regular gamers. Players appreciated the story shown. Also how the developers combined Neighbor's storyline with what happened in his family. 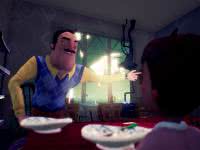 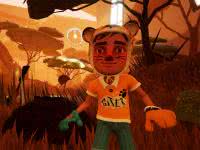 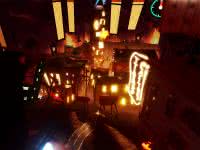 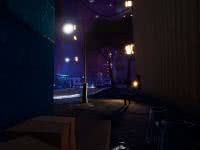 Reviews
This game is the most fun game I have ever played.
By Keira Lacey
Make it free okay ✅
By Maliyah
Can you make it a bit more fun
By Charger
Advertisement
Hot Games